Car Not Starting: Reasons Behind it 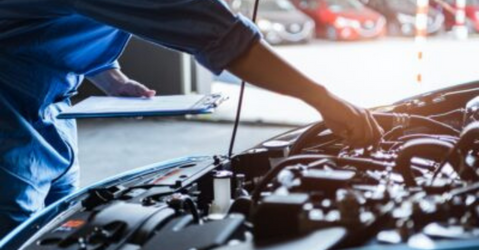 Knowing what to do when your car is not starting and the issue behind is not only useful but crucial. When this happens, it’s great to know who to ring and if you’re around Northern Ireland, Bangor Tyres is the place to call for all of your tyres and mechanic needs.

When a car is not starting in most cases it’s to do with the battery dying and all you need to do is to jump start the car. If that doesn’t solve the issue then the problem lies with a faulty alternator.

Sometimes when a battery is causing problems it means it’s time to replace it and there are some signs your car will show if that’s the case.

Below are some ways of telling if your battery may need replacement along with determining if the issue lies with the battery or the alternator.

Car not starting due to a Battery Issue

If your car is not starting, the first thing you need is someone with a car and a fully charged battery and jump leads. There are specialists who can do this and the best thing to do is to call breakdown assistance, but if you’re confident or know someone who knows what they’re doing, here’s a step by step guide. backuptrans crack

Remember if there’s any visible damage to the batteries, you shouldn’t risk jump starting.

When removing the jump leads, switch both engines off and disconnect the black jump lead first from the car that was jump started, then the second. With the red jump lead, start with the second vehicle.

While this situation does not always mean you need a new battery, sometimes that is the case.

If you’re following all the steps and your car still hasn’t started, the issue could be with the alternator.

If you’re noticing that your car is stalling after starting, has flickering headlights or the alternator warning shows up, it could mean you have a bad alternator. If you’re driving and can suddenly smell burning, this is a strong indication that your alternator needs to be fixed/replaced.

If your car lights are not switching on or are weaker, there’s a clicking noise when starting the car or having to put your foot on the accelerator to start the car, it may mean you need a new battery.

Specialists at Bangor Tyres will take a close inspection of your car and be able to change your battery if needed.